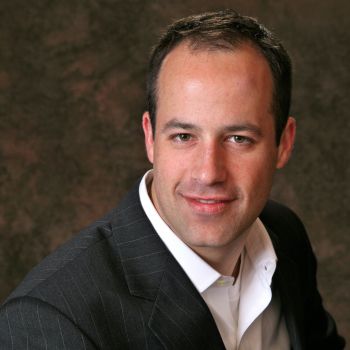 The ILN has offered a webinar series to our members for the past two years, and in 2010, we’re offering a three-part series on social networking.  In October, we started with, "Social Networking Strategy & Blogging," with Kevin O’Keefe of LexBlog.  December’s webinar with Freesource’s Nathan Egan focused on "LinkedIn for Lawyers."

There’s a lot of great information in here from Nathan, so I’ll break this up into a couple of posts.

After a short introduction from ILN’s Executive Director, Alan Griffiths, Nathan jumped into his presentation.  Due to some technical difficulties, Nathan wasn’t able to share his PowerPoint, but instead offered a fabulous demonstration of the most useful features of LinkedIn and how attorneys can make it work for them.

He started by saying that the ILN had informally interviewed a few of the attorneys before the webinar, and learned that their business objectives for 2011 centered around finding new clients, having better access to & visibility in the marketplace, being able to collaborate and share, and positioning the firm and its lawyers to be top of mind for clients.  Nathan said that these new tools, like LinkedIn, offer a way to help meet these business objectives.

Using his LinkedIn home page, Nathan explained that he wanted to give the audience strategic and tactical takeaways from his presentation that they could use that would impact their business immediately, by finding new potential clients, and qualified business to repeat.

Nathan said in looking at LinkedIn, there are a couple of things to keep in mind:

Nathan pointed out to the audience that LinkedIn is there to help them do what they’ve traditionally been doing using these new tools.  Social media tools should augment what the attorneys are already doing and help them manage that in a way that conforms to ethics and the unique world that lawyers live in.

Nathan said that in the past, we’ve just talked about companies’ brands, but people are really a subset of the brands, and these technologies allow for those people to come out.  So there are people already in law firms who are on LinkedIn and representing the company, but they may not be doing it in a way that’s meaningful and making an impact for the business.

He said that as we look at LinkedIn from an individual perspective, it’s a chance for individuals to shine, but it’s also an opportunity for firms to take their teams and approach the market with some consistent messaging and marketing.

Nathan began his demo of LinkedIn by saying that they recommend to their clients that they should make LinkedIn their internet home page, because it will change the way they interact with the system.  If users make this their home page, so it’s the first thing they see when they log in to Internet Explorer, and they’ve developed a meaningful network of people and professionals, they have a powerful river of news.

If users only log in to LinkedIn once a week or once a month, they’re missing a river of activity that’s in real time and can help them do their job.  From a business intelligence perspective, Nathan said that it’s a best practice to log into LinkedIn every day and scan the news.

So he’ll mouse over Tom Jones’ name and put that information into his mental database, so the next time he’s talking to John Smith, he can ask for an introduction.

Nathan emphasized that the home page has a great deal of value, and said that another best practice that his company preaches is to only connect to people that you know.  If a user does this, then their home page is only filled with meaningful information.

He then took the audience on a tour of the architecture of the home page, saying that the attorneys can customize the apps so that they have meaning for them. He said that they could move, delete or add an app, and showed at the bottom that there is a whole catalogue of apps that might be beneficial to the attorneys, including JD Supra’s legal news feeds and a legal rankings app:

Nathan said that making LinkedIn your home page helps it to become part of your work flow, and keeps it from being something that you have to remember to do.

"Tune in" tomorrow for Part II of our re-cap on Nathan’s LinkedIn presentation.